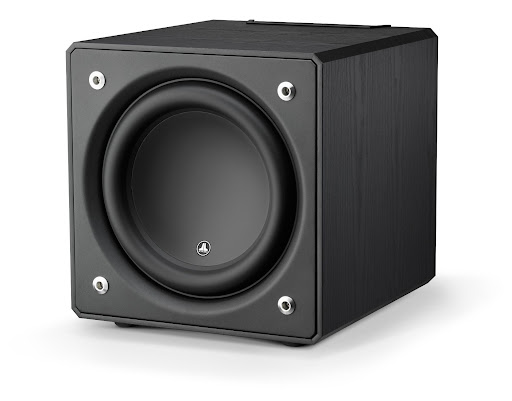 
I guess I'm a little late on the scene in posting my review of this wonderful sub. My journey with it has been a long and enjoyable one, with sweet partings and re-acquaintances.

A plane ride of movies: the recommended , the rent first and the avoids…

What makes a movie stand out? Make millions and entice viewers to come back for a second show, to talk about it for days after?

Surely it's not merely CGI. Neither is it big names, or large production value action sequences.

If you look at the best shows, there's always a good plot, then the excellent chemistry between the actors and that mix of action, romance and comedy that gives a little bit of something for everyone.

So which of the latest shows had that?

Well this one definitely has some big names and some serious action sequences. But the actors didn't gel and the fight scenes were just awful. If you think Affleck was a walrus when he was trying to challenge Superman, this is worse. The girls look good, strike a great pose but they just can't do action. Painful to watch

Lars and the Real Girl

An oldie but its a sweet romantic movie which shows you don…
Post a Comment
Reactions:
Read more 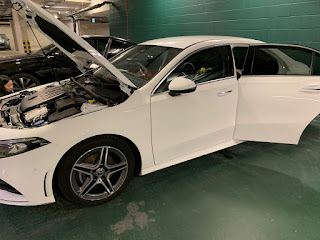 Viruses, Empty shelves, mask issues and more.. What a way to start the year well I have a plan B There's only so much room for bad news and we've certainly had our fill of itSo what better way than to  drive off somewhere to chill out.. literally and take a almost brand new AMG A class out for a spin in the English﻿﻿﻿﻿﻿ B roads?An offer from SIA for cheap tickets to UK and a business conference allowed me to grab a week off and visit the land of pies, beans and more. Given my limited time, I've narrowed it down to a couple of spots and I'll be sharing them as we go along 🙂Let's get to A...Which stands for AMG A class!So with B roads and many miles to cover, I was lucky and scored an upgrade from a Ford Focus to a Mercedes AMG A class. A brand new one with almost nothing on the odometer 150 quid a day for a spin in a brand new car? Not bad at all First thing to note, this version is made in Germany BUT that's a Renault Diesel engine... and don't let that …
Post a Comment
Reactions:
Read more 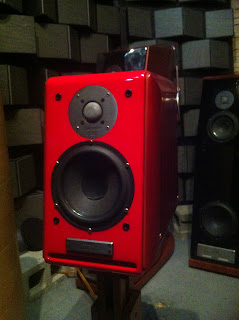 When we first began the noughties (90s), most homes had stereo setups, with a stack of equipment, and a pair of speakers.


Then came the 2000s, and by then, home theatre was firmly established, with owners moving from analogue bases setups that used Dolby Surround, to Dolby Digital. LDs, VCDs and even DVDs were becoming replaced by Blu Ray discs and the advent of lossless sound. We went from two speakers to five plus a subwoofer, then seven, and by the middle of the last decade, we already had some forms of three dimensional sound, with setups using up to 11 speakers, but these were largely in the same horizontal plane.


Somewhere in the middle of last decade, Atmos and DTS-X, and Auro introduced us to a new enveloping sound, which involved height as well as side or rear surrounds. We demoed new ways of sound transition, with rainfall from above, jets flying not only past us on the side but from on top too.

There has been some consolidation of the market, with Auro largely relegated to a …
Post a Comment
Reactions:
Read more

I recently picked it up on 4k UHD and well, it's a blast
Now astronaut movies tend towards the heroic, with great bravado, and many last minute by the skin of your teeth moments, and yes it does deliver in this aspect in heaps, but this movie is a lot more than just thrills and spills.
My first impression of astronaut movies was "The Right Stuff" a movie which chronicles the adventures of early space exploration, and Apollo 13 starring Tom Hanks and co reinforced this impression of astronauts as cool dudes who performed well under pressure and can do crazy calculations to save their crew with just a slide rule.
But this movie gives a different perspective and gave me a new found admiration of men in space and Neil in particular.

They may have taken some artistic license with his moments on the moon but the movie focuses on him as sensitive man, a family man and a quiet man. If there was a strong silent type, I now associate it with Neil Armstrong. Buzz on the other hand wa…
Post a Comment
Reactions:
Read more 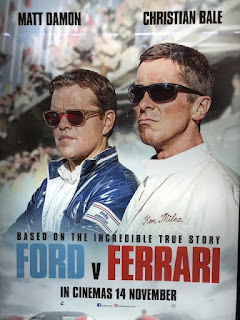 So I had a choice between this car movie and Midway and initially I had my misgivings about a car movie being exciting or being a big screen movie. I was wrong on both counts.
This movie stars Matt Damon and Christopher Bale as Shelby and Miles the two people behind the true story of Ford racing against Ferrari in the Le Mans race.
Firstly the two of them make a lovely bromance pair which fuels the tension between them and the bureaucrats running Ford, and Josh Lucas has the unenviable task of playing the chief suit who stands in their freewheeling ways. He does well as the sort of villain and the rest of the cast work well to portray the urgency, the humor and the thrill of racing. But it's about the time off the track especially the trials and tribulations of trying to put together a car worthy of challenging the mighty Enzo Ferrari that makes this more than just another racing show.  The son and wife of Miles are actually my favorite characters. Their presence adds a certain…
Post a Comment
Reactions:
Read more
More posts