Showing posts from March, 2016
Show All

It's been an interesting journey, and my first pair of speakers was the TDL RTL 3. Capable of deep bass, the cabinets were massive. They showed me what a deep soundstage was. Easy to drive too.
But home theatre (HT) beckoned and I knew that this will be where I spend most of listening diet subsequently. So each speaker I bought had to have a matching Centre speaker.
The Kef Reference 100 followed, partnered with the q30 and a sub30. Great centre speaker. Doesn't play too loudly but it had a great smooth voicing. The Q30 was a bookshelf speaker in a bigger box.
Then came the dynaudio audience 50 and the c120+. Great bass from a rather small speaker and what a soundstage. Hard to drive though. It was neutral to smooth allowing partnership with most gear if it had the ability to drive them.
As I journeyed into ht, I explored Monitor Audios which provide more excitement and decent bass.
The journey began with the BR, moving to the Silver RS and the Gold …
Post a Comment
Reactions:
Read more

Budget 2016: What you need to know right now Singapore has entered a new phase in its restructuring journey.
Finance Minister Heng Swee Keat delivered his first Budget in Parliament on March 24. Here are key points from Budget 2016:
Budget 2016 marks a new phase in economic restructuring through more targeted approaches.Budget 2016 aims to drive scale and create value by build resilience in workers, enterprise, industries.The budget position needs to strike balance between the rise in expenditure and accommodating to support businesses in current climate amid economic restructuring. Should the climate turn, Singapore should stand ready to respondExpenditure needs will grow faster than revenues, so the government should spend only when needed. There will be a surplus of $3.4b or 0.8% of GDP in FY16.The rise in expenditure is supported by increases in operating revenue and NIR contribution due to one-off factors …
Post a Comment
Reactions:
Read more

- March 25, 2016
Sigh, this is a movie with so much potential, and with the hype of the matchup, plus the introduction of Wonderwoman, I guess it just didn't meet the expectations I had.
On the plus side: Lots of good action, explosions and the new cinema was a throwback to the past.
Now the down side: This is one movie that was filmed in MTV speed, hurtling from one scene to another. Despite the long movie runtime, it has the daunting tasking of putting origin stories along with how they hate each other to the introduction of a new hero to the fights with the villains. Too much, even for fanboys to swallow.
Superman was well played by Henry, and Ben did look decent as Batman, but his fight scenes were so awkward and poorly done. Christian Bale was the benchmark, and despite his best effort, he was no match for Bale. Miss Israel is no match for Ms Texas USA aka Linda Carter, the original Wonderwoman.
The movie was busy, far too hectic, with too many side plots, and too angsty. This is a Batman&…
Post a Comment
Reactions:
Read more 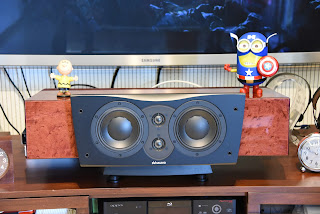 This is my new Atmos / DTS-X setup: 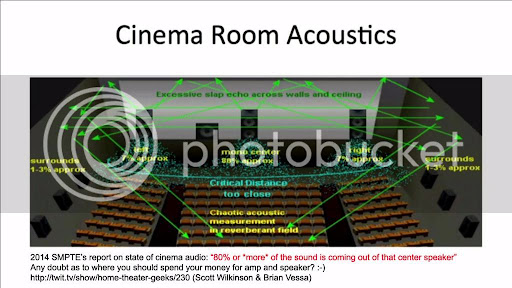 The Center speaker is the most important speaker in your system for Home Theater.


2 centres do not give you a better central voicing. A single high quality centre always does better. Hence I changed my system a few months ago based simply on the desire to get a better centre speaker.


This will give you an idea on why 2 centre speakers are seldom used:

Look around the local retailers and web dealers for speaker systems. You'll find most 5.1 speaker systems build a center speaker that matches the other speakers in the system, about the same size drivers etc. Some speaker systems will give you the option of larger front speakers. For home theater this isn't necessary, although larger speakers with larger woofers can produce deeper bass the speaker should be set to "small" in the receiver. The small setting means that sounds below …
Post a Comment
Reactions:
Read more

- March 14, 2016
The Contour is about mid way in the pecking order of Dynaudio, and covered a wide range of products. However they have recently removed most of their Contour speakers from sale, leaving only the recently introduced S1.4 LE and S 3.4LE in this range.


Review equipment:
Marantz PM 11 S3 Marantz NA 11-S1 Oppo BDP 83 Nuforce Edition
I had recently tried using this amp with a pair of C1 Platinums and the newer S 1.4LE, so my previous concerns, about this 100w ‘only’ amplifier driving the 4 ohm bookshelf speakers evaporated. I guess part of the reason was the ability of this amp to double it’s power into 4 ohms and then again into 2ohms and was able to provide a stable 400w per channel of power into 2 ohms.
It is also a testimony that Dynaudio has been listening, and has been making their speakers more easy to drive and compatible with a wider spectrum of amplifiers.
So how does it sound?
Well like the Confidence 1s…
2 comments
Reactions:
Read more

Where to go to buy Blu Ray in Hong Kong

Where to buy in HKG:


First you walk out of Mongkok MTR station exit E2, cross 2 block and you will see Properity Building on your right, a staircase leading down to basement. (Blue arrow)

There are now more headphones shops and hair dresser than Hi Fi shops now, but there is a super Blu Ray shop in the middle. Walk to the end and climb out of the basement onto the street level, turn right (red arrow again) and there are 2 more CD shops very close to each other, Beat Records and Win -Win Records.


Try this outlet in Wanchai.http://rockgallery.com.hk


The Rock Gallery has more music stuff and less movies. It's about 5-10hkg$ more costly for movies. The SACD collection is fantastic! Spent way too much at Rock. CSL offers free wifi all over HKG. Just sms then. Very impressive.
Post a Comment
Reactions:
Read more 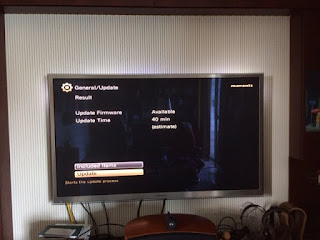 1) Ability to use "Rear Height" instead of "Surround Height" with Auro 3D (which then allows using FH+RH for all 3 formats: Atmos, DTS:X, Auro 3D using a single Audyssey calibration)
2) HDMI 2.0a(HDR)
3) Add the "DTS: X" and "DTS Neural:X" sound mode feature.
4) When the customer plays DD + stream that exceeds 504kbps at specific Media Player (Tmall Magic box TMB300A), the sound might not be output from the AV receiver. The symptom is a problem that the product has the failure in playing DD + stream that exceeds 504kbps. (Improvement request from Dolby Laboratories, Inc.)
5) Even if the customer sets "Tone Control" to "ON" with the WEB control setting screen of the AV receiver, and the numerical value of Bass or Treble is changed, th…
Post a Comment
Reactions:
Read more
More posts