Lau Ching Wan has played the quiet, reliable man, who is deeper than he looks, and can be depended to turn in a solid performance. Nic Tse has become more than a spoilt brat, and together they make this into more than what the sum of the parts are.

Hong Kong’s film industry has gone down the drain creatively, and it’s sad that they need to hash together this movie from parts and bits from many recent Hollywood hits to make this.

Those familiar with Robert Downing Jr’s Sherlock, and Inspector Galileo from Japan will see many familiar elements. There is an exact duplicate of the slo-mo explosion scene from the first episode, and they even borrow the theme music from Inspector Galileo, and the blackboard scenes… the music, the clothes and the mood and even the grain of the film borrows heavily from the former movie.

But even so, the two protagonists show so much solid chemistry together, that you tend to excuse these and focus on how well the two combine in a reverse buddy cop movie about a murder mystery in a munitions factory, where there is no bullet found and Lau is tasked to come and investigate this.

Lau is the intellect, and Nic Tse is the quick draw gunfighter, with brains. They are the perfect counterfoil, and make for a good team to solve the mystery. The end is a tad contrived, but it’s a solid effort nevertheless.

Action the Blu Ray has superb PQ, and a DTS-MA 7.1 sound track is well engineered, with good steering and use of surrounds, and impactful bass. This makes the BR disc a potential demo disc, despite the less than sterling plot

Chick factor: reasonably with some eye candy and a rather forced sex scene… Cecilia Cheung are you watching?

Worth a rental, and for Canton Movie buffs and especially those of Lau, worth the price of the BR Disc.

I have no financial interest or other interests in any of the items / events I write about.
movie
Reactions: 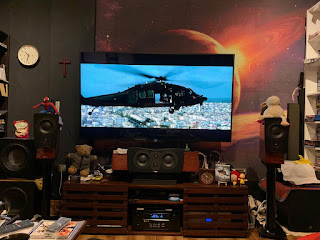 It took a while to assemble and it's still being tweaked as more gear arrive.. 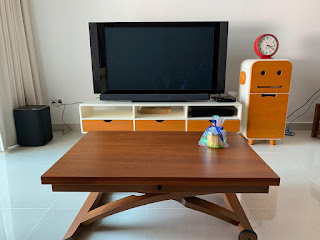 Tips on choosing a fan and the Haiku Fan 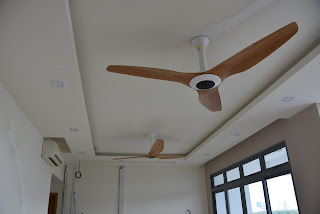 Fans are one thing that a home in the tropical country will need, and you may even have a few of them, either table top ones, or floor standing. They can be purely utilitarian, or they can come in fancy designs. Sometimes, you find a fan which combines both form and function, and to top it off, it is also energy efficient. In choosing a fan, you will need to decide which of the above matters more, and also take into account your budget before making a decision. The cheapest are table fans, which are simple, cheap and portable. The downside is a lack of power and may not suit your decor, and many come only in a standard design. There are some retro options:

And some of the retro theme stores locally will also carry them. Ironically the price is higher for these, and if you compare to the 30-80$ for the basic ones, these usually cost 50-100% more. As for floorstanding fans, they usually come with timers and are more powerful. Some even come with remote controls. Bear in mind, the more …
Read more